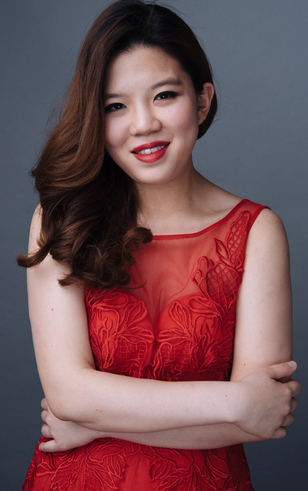 Praised by Washington Post’s The Columbian as a “musician with great poetic phrasing and poised lyrical nature,” pianist Dr. Eloise Kim is a performing artist and passionate music educator. Kim regularly performs solo and collaborative music across the United States, and has been a featured soloist with the Vancouver Symphony (USA), Jefferson Symphony in Colorado, and the Columbia and Beaverton Symphony Orchestras in Oregon.

As an active chamber musician, Kim was one of the six finalist groups of the 2010 International Chamber Music Ensemble Competition where the Kim-Garbot Duo made their first debut at Carnegie Weill Recital Hall. She was also a member of the Areta Piano Trio (2015-17) at Manhattan School of Music. The Areta Piano Trio performed in several outreach concerts together and was also one of the winners of the 2016 Lillian-Fuchs Chamber Music Competition.

Dr. Eloise Kim received her DMA at the USC Thornton School of Music studying with Daniel Pollack and was the recipient of the Keyboard Departmental Award from the DMA program. Kim was also a Teaching Assistant and Studio TA at the USC Thornton School of Music, instructing group piano classes and individual instruction at the University. She also holds a Bachelor of Music degree at The Colburn Conservatory with Ory Shihor and her Master's at the Manhattan School of Music with Andre-Michel Schub. At the Manhattan School of Music, Kim graduated with the honorary Helen Cohn Award in recognition as an Outstanding Pianist in Chamber Music.

Dr. Kim is currently a staff pianist at the Colburn Conservatory of Music and teaches students privately across Los Angeles. Kim also serves as  CAPMT (California Association of Professional Music Teachers) YPLN State Chair and the State Conference Committee. Her students have won many local and state competition prizes and honors including MTAC branch, MTNA, and Certificate of Merit exams in California.